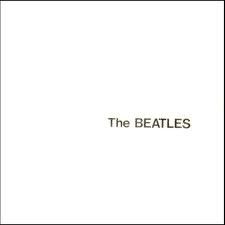 Man, I still remember walking into a dark bedroom at night while my cousin played "Revolution 9". It totally freaked me out! I still like to listen to that track in the dark with headphones on just to give myself a rush! I realize The Beatles were basically sidemen for each other on this record, but man, I think it brought out the solo best in all of them. I still LOVE Ringo's "Don't Pass Me By" "you were in a car crash and you lost you hair" Cool man! One of the weirdest country songs of all time! Ringo sang Lennon's "Goodnight" with the warmth and love of a brand new dad. What a way to cap off the album…and right after "Revolution 9" A beautiful juxtaposition.

George was well on his own way with songs like the delectable horn fest "Savoy Truffle", the meditative, buzzy-stringed guitar of "Long, Long Time" and the Pythonesque "Piggies". In my humble opinion "While My Guitar Gently Weeps" is not only one of The Beatles' best, but one of the greatest, most passionate rock songs and recordings of all time. Eric Clapton’s guitar solo on "While My Guitar Gently Weeps” is still one of the most “goosebump” moments in rock history.

"Glass Onion"…ew! With scary "Paul's dead" clues to go along with the backwards "number nine" in "Revolution 9". (I checked it out…it really does sound like "turn me on dead man"!... The "White Album" is the only record I ever bought that I couldn't wait to hear BACKWARDS!) Lennon was at his best with a taste of what was yet to come in his solo career. With songs like "Julia", "Dear Prudence", "Happiness Is A Warm Gun", "I'm So Tired" and "Cry Baby Cry", Lennon created a framework that has been emulated by pop/rock songwriters from XTC's Andy Partridge to Nirvana's Kurt Cobain.

Paul McCartney’s "Birthday", "Rocky Raccoon", "Obla-di Obla-da", "Back In The U.S.S.R.", " Why Don't We Do It In The Road", “I Will” and "Helter Skelter" are a wonderful contrast and break from John's bleak seriousness…and some of the greatest rock and roll songs of all time. Wouldn't you like to walk around knowing you wrote even one song as great as "Martha My Dear"? What a piano riff! And then he writes something as musically and poetically profound as "Blackbird"! That one changed my life. I kid you not. Pop perfection.

A lot of people have speculated about what this double album would have been like trimmed down to one album. Hell, even George Martin said it should have been a single album. Have you ever tried to do it? It's impossible! At least it is for me.

It's The Beatles at their individual creative heights and we were lucky to have it all come out in one package.

My favorite album of all time. 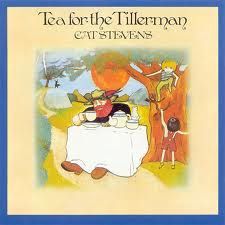 2. Cat Stevens-Tea For The Tillerman

The facing off of Cat Stevens and Alun Davies' guitars are pure chemistry. Like Jim Croce and Maury Muehleisen, Stephen Stills and Neil Young, Tom Petty and Mike Campbell or James Taylor and Danny Kortchmar.

Paul Samwell-Smith's production was a great part of the signature sound too. The albums he produced or co-produced with Cat Stevens are still the best of Cat's career. He really got to the heart of those songs…and technically, this mostly mellow record can ROCK at times for an acoustic guitar album.

From the environmental  "Where Do The Children Play" to the extraterrestrial "Longer Boats"… from the dealings of depression on "Sad Lisa" to the age old confrontational dilemma of "Father & Son"… from the poetry of "Into White" and Tea For The Tillerman"… to the soul searching of "Miles From Nowhere" and "On The Road To Find Out", he covered more than my little teenage mind could compute.

I learned about life and love, melodies and poetry, song arrangements and album art listening to that record. I still find it as endlessly provocative today.

Oh, and speaking of album art… What about that cover? I flipped that thing over back and forth following along with the lyrics on the back and studying that picture on the front between songs.

I feel sorry for the kids today who have a little CD to squint at. Album art is dead. Artists don't get involved enough and the record companies don't give a shit. It was such a big part of the experience back then. (spoken like a true old guy!) There's something about the artist personally involved in designing their album cover that makes it all complete to me.
Well anyway, it was a beautiful thing there for a while.

"Tea For The Tillerman" takes me back, heals me at any present moment and remains timeless decade after decade. Ties with "Harvest" (see below) as my favorite singer/songwriter album of all time.
PS. Oh Yeah,…and he was probably only about 20-22 years old when he wrote these very amazing, mature songs. An ancient soul for sure. 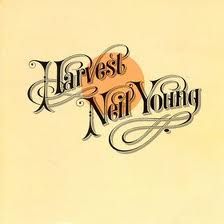 I was in the cafeteria/gym my eighth grade year when I first heard this masterpiece.

The rain brought us indoors for P.E. and someone had “Harvest” blaring from an 8-track tape player while we horsed around inside the gym. I didn't horse around much though. I just stood there glued to that speaker and everything else was blocked out of my mind as I listened to this beautiful high voice intermingled with steel guitar and a steady throbbing country bass.

I bought it as soon as the penny jar was full.

The cover was gorgeous. It matched the music inside with those handwritten lyrics on that rough paper and that blurred photograph of Neil reflected on a doorknob.

I bought the songbook almost immediately after. (It was made of the same paper and had some very cool pictures inside…wish I still had it)

Man I got intimate with that album. I sat in my room with my headphones on and absorbed every nuance of that soulful record. From Kenny Buttrey's kick drum locking up with Tim Drummond's beautifully understated bass to Ben Keith's haunting steel guitar. I continued to find layers and layers of beauty with every listen.

The songs were all so beautifully sequenced. I think this record may have introduced me to the art of sequencing my own records. After "Are You Ready For The Country?" ended side one, there was just enough time to cleanse the palette as you flipped the vinyl over and started side two with the opening riff of "Old Man".

And what about that cool chopped off edit from the live "The Needle And The Damage Done" to the song "Words".

I still have to go back to "The White Album" after I listen to "Harvest" just to make sure that THIS isn't my favorite of all time!

This one still puts me in a trance after all these years. 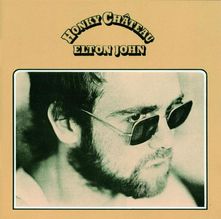 Wow! "Honky Chateau" was my first headphone experience. I was 12 years old when the boyfriend of an older cousin brought this album over while I was visiting. He let me listen to the whole thing with headphones while they went in the other room to make out. I just sat there listening in utter amazement! Those sexually charged, young Bernie Taupin lyrics and young high-octane Elton performances grabbed me by the proverbial pubescent throat! An unshaven Elton John peered through those very cool rectangle glasses on that earthy tan colored album jacket. (I still want a pair of those glasses!)

I feel like this was my first personal introduction to Rock and Roll. Sex, sex, sex! My mom had Elvis records playing all the time and I got off on those but I was just too young to know why… Now I got it!

Honky Chateau nailed it all for me. Melodic, smart, poetic, playful, fun and serious from Country Gospel to Ragtime to Blues to Funk and Folk. The timing of this album's release coinciding with my puberty, struck a chord I still haven't recovered from!

Davey Johnstone, Nigel Olsson and Dee Murray… what can you say?

My favorite rock band second only to the Beatles. Their harmonies where a huge signature sound for Elton. Nigel's still my favorite rock drummer (with all due respects to Mr. Starr and Mr. Moon). Jean-Luc Ponty's guest appearances were perfectly timed. It's hard to tell where Elton's B-3 ends and Jean-Luc's leslie-tinged violin starts.

The Gus Dudgeon production of intertwining arrangements still offer discovery every time I hear it. It didn't stop (or start for that matter) from here though. His skills were a complete and intrigal part of Elton's early success from "Elton John" all the way through "Blue Moves". For my money, except for a cool moment here and there, Elton never made better records then the ones he made with Gus.

The height of my puberty was ordained with this soulful moment in rock and roll history and I am ever so grateful! Thanks Elton & Bernie!!!!!

There are no upcoming events right now.